There are so many reasons to have a Test Automation in place for all your mobile applications. Every Single tester needs to test their software before delivering to the respective client, but anyhow product or project has defects, error and bugs which eventually lead the development team into the trouble. Lead them to re-test the whole project once again by adding some other test cases and scenarios repeat the re-testing process. 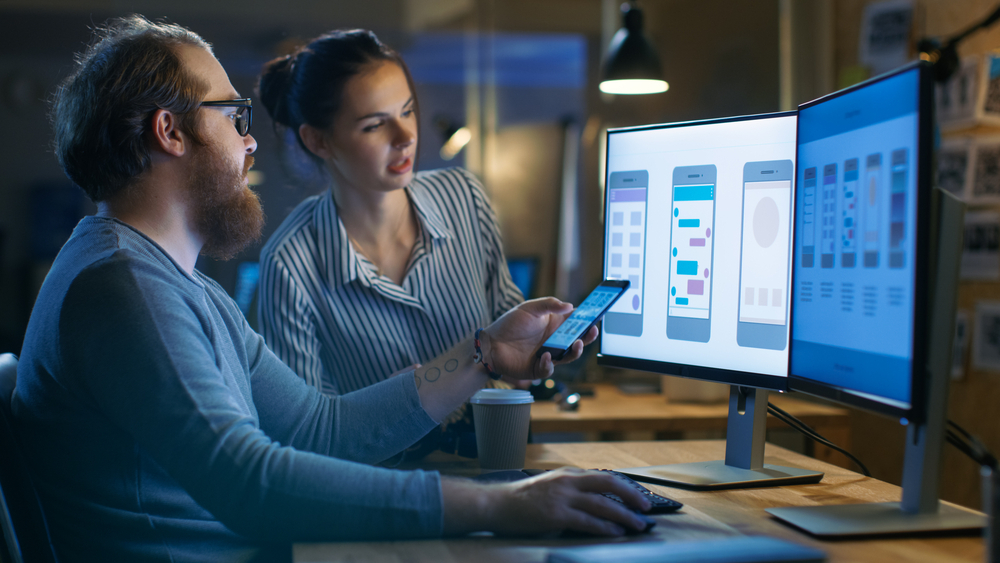 Eventually again & again repeating the same testing will results inefficient performance and also wasting the time and cost (money). Even though client place manual tester to arrest these kinds of situations, sometimes manual testers miss to catch few of the important bugs. During this situation test Automation helps to overcome this blunders.

Test Automation not only save plenty of time and cost, also it gives you perfect vision where bugs and errors lie in the project, so the developer team can quickly fix it, which results in developers can provide accurate timeline of project delivery without any defects and delay.

Test Automation can be done using various test automation tools which available in the market, I t has to be decided based on the requirement. Some of the tools are opens source tool, and some are licensed tools.

Most of the bigger IT companies turn their heads for automation testing tools due to the below advantages.

There are lots of tools available in the market to automate your test cases.

Though we have lot of tools to automate your test cases,

Firstly We choose Selenium. WHY?

1. Open Source: First of all, the major benefit of automation testing with Selenium WebDriver is the fact that it is open source. It provides all the features of QTP and relatively more, completely free of cost. It can be downloaded directly from the official site and, being community-based, support for the tool is also available.

2. Language Support: Multilingual support is one of the major benefits of Selenium WebDriver for automation testing. WebDriver supports all the programming languages that testers should know of such as like Python, PHP, Java, C#, Ruby, JavaScript, etc. Although it has a customized script language, it also offers bindings to every major programming language. Adding flexibility to web developers to work on any programming language that they are comfortable with.

3. Works Across Multiple OS: Unlike the previously released versions, one of the major benefits of Selenium Webdriver for automation testing with Selenium WebDriver supports multiple OS like Linux, UNIX, Mac, and Windows. Using their solution suite, a customized testing suite can be created, which can be used over any platform. WebDriver makes it possible for you to create a test case on Windows and execute it on Mac.

4. Cross-Browser Compatibility Testing: Unlike its previous versions, benefits of automation testing with Selenium WebDriver has expanded the support for automated cross-browser testing. It supports all the major browsers so you could test on Chrome, Firefox, Safari, Opera, IE, Edge, Yandex, and many more. When you are executing cross-browser testing of a website, WebDriver provides you with an automated solution.

5. Supports Multiple Frameworks and Languages: WebDriver can be integrated with various frameworks, like Maven or ANT, for compiling the source code. For application testing and reporting, it can also be integrated with testing frameworks like Testing to ease automation testing with Selenium WebDriver. It can even integrate with Jenkins for Continuous Integration or Continuous Delivery automated build and deployment.

6.    Cross-Device Testing: Support across multiple devices is another major benefit of automation testing with Selenium WebDriver. Automated test cases can now be written for testing on iPhones, Blackberry, and Android, thereby helping in addressing cross-device issues.

7. Community Support: The support of Selenium is mostly community-based, thereby enabling regular upgrades and updates. All the updates are available whenever required and do not require any specific training, making Selenium WebDriver budget friendly as well as resourceful.

8. Easy to Implement: User friendliness of Selenium WebDriver is one of the widely acclaimed benefits of Selenium WebDriver for automation testing. The tool being open source, it allows users to script their personalized extensions, which allows them to develop actions that are customized and can be manipulated once the user reaches an advanced level.

9. Add-ons and Reusability: The scripts written using Selenium WebDriver supports cross-browser testing. Thus, it is possible for a tester to run multiple testing scenarios with WebDriver since it covers every functionality testing aspects. The add-ons that can be customized widens the scope of testing an application, serving great benefits of automation testing with Selenium WebDriver.

10. Mouse Cursor and Keyboard Simulation: An important feature of WebDriver is that it can mimic a real user scenario by handling mouse and keyboard events. The API, Advanced User Interactions, consists the action classes required when those events are needed to be executed. You can automate simple scenarios like a mouse click or keypress event as well as complex events like drag and drop, click and hold, multiple items selection, etc.

11. Leveraging the Code: Another one of the major benefits of automation testing with Selenium WebDriver also provides the advantage of speeding up the test cycles by leveraging the development code. Testers can utilize the language used by developers. For example, if a tester wants to verify the date field which is updated in the database, instead of performing an indirect verification by browsing to another page, the tester can pull the data model utilized by the application without the worry of automating the data flow.

12. Server Starting Not Required: A major benefit of automation testing with Selenium WebDriver is that you don’t need to start any server prior to testing. The commands written in the code are interpreted directly into Webservices and the remote driver receives them via HTTP requests, which can then be executed into the browser, consequently sending the response.

13. Advanced Browser Interactions: WebDriver also makes it possible for you to simulate advanced interactions like clicking the browser back and front buttons. There are no such open-source tools that can provide automated testing for this kind of scenarios. This is highly useful for testing fintech applications involving online money transfer or banking application that does not store any cookies or cache.

Secondly We choose Calabash. WHY?

You can test your native app with the help of Calabash automated software testing services which support open source language like Ruby, Java and also efficiently work with .Net framework.

Calabash is free of cost not only this, it’s supported by Xamarin which is loaded with 1000+ devices to test your native mobile application.

Calabash allow you to write and execute automated acceptance test, can be done successfully with the APIs to enable native apps leads to run it on touch screen devices.

Calabash use cucumber framework which its astonishing feature, let you allow to write code in normal English. People who are unfamiliar with programming test script can easily work with such kind of automated testing tool.